September 07, 2014
A recent example of the kind of flagrant disrespect showed up in the title to Forbes' July 16, 2014 article: "Obama Administration Doesn't Seem to Understand Tax Inversions As It Tries to Stop Them." 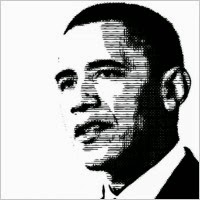 It is one thing to disagree with the President, or to seek to inform him of another aspect of an issue, but it is altogether another to try to speak down to him, as if the author were a parent and our President a child. This long into the President's administration, people like Tim Worstall should be realizing that this President's thinking is usually one step ahead of the opposition, and that he "understands" a  whole lot more than he has been given credit for.

But what ever happened to respect? Personally, I am tiring of the arrogant attitude that is displayed regularly on the part of President Obama's critics. We are way past the time that they started giving him some of the credit for his keen intellect that he truly deserves.

[Author's request: I need your help. If you liked this article please subscribe to http://lockwoodsaid.blogspot.com/ Thanks]