My (Green?) thoughts on zoning and urban sprawl

Urban Sprawl versus citification. Are there really only two choices?

Our current way of doing zoning is forcing people into an urban lifestyle. We are creating ever more economic incentives to move into cities in order to cope with what amounts to a problem with over-population and centralized commerce. The problem, in my view, is not small farms, one-acre plots of people raising their own food. The problem is overpopulation and the addiction of city managers to city growth. Every city manager I ever met, wanted his city to grow. They wanted more business to “come in,” which means importing more growth, which creates more problems. Businesses, promising jobs for the locals, are brought from outside the area, but the locals may not end up with most of those jobs, and certainly not with the higher-paid jobs. I have watched as these businesses, the beneficiaries of “enterprise zones” and other tax incentives, brought in foreign laborers to do the grunt work, and brought in their own highly-paid managers from outside the area. Cities offerred tax incentives, which amounted to gifts to the rich, for companies to locate in the town or nearby.

If we want to control urban sprawl, I think we should look at limiting the size and power of the ports. Ports always think of themselves as the saviors of mankind, and they can provide some benefits, but they, like the cities, are often lured by the promise of growth, and often that growth only creates more problems for the cities and counties.So let's look at downsizing the ports and look at discouraging population growth. Give people incentives to practice family planning. And make zoning take into account the desire that people have to live closer to the land.

Industrial growth, on the other hand, gives a false hope to cities of making a profit windfall, and amasses power to the city’s managers. Which is what they want. Industrial growth must be in balance with the current and near future needs of a city, not with illusions of grandeur on the part of city governments.

The other factor is centralization of commercial power. Years ago, people were sprawled out but it did not cause the kind of blight we have now, with people traveling longer and longer distances to get to work in the big cities. But the current push for urbanization is the wrong way to go.

If my observations are correct, our current system is the opposite of what we need to be doing. To return to a more relaxed, natural and satisfying way of life, we need to stop amassing power in centralized locations. The problem is not that we have too many small business spreads out over too large of an area. The problem is that we no longer have towns and villages where people work and shop nearby. Instead they travel long distances to commute to work and to “the shopping.” But what is the shopping? The present shopping model is the exact opposite of everything the Green Party stands for: Decentralization, local power, democracy, a connection to the land, and appreciation of nature and natural processes.


Today we have multitudes of internet farming experts who have never had their hands in the soil, whose roots are in big cities, whose notion of wholesome activity is limited to going to movies, shopping malls, even revitalized downtown areas, anything but spending time at home. We have millions of people who have never planted a tree or eaten a home grown vegetable. Our current system encourages this: We limit land available to people who want to live closer to earth, closer to nature. We encourage population growth for the perceived benefits of industrial growth, which is an illusion. Industrial growth enriches the few and transfers the taxation to the poor or working class. We spend our hard-earned cash on senseless wars that enrich oligarchs who don’t have time to mow their own lawns, let along landscape an acre lot in a pleasing way.


What we need to do 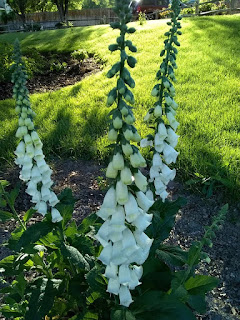 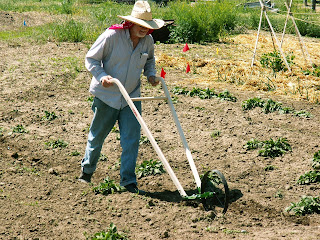 We need to encourage a more rural way of life, not discourage it. We need to shift away from growing ever larger cities and create more incentives for forming smaller townships and villages that are self-supporting. We need to invest in local businesses that hire local people instead of bringing in big industries that in turn bring in the higher paid employees from out of the area. We need to limit the size and power of corporations. We need to incentivize smaller farms and businesses. And if we must insist upon forcing urbanization, then we must also make it illegal to stop people from raising gardens! Homeowners associations powers must be limited so that people can live a more natural lifestyle, planting vegetables in their front, side, and back yards instead of lawns.

Yes, there is a problem when long stretches of road are commercialized with businesses that are spread out, but punishing homeowners who want to build on an acre (or ten) is the wrong way to go. And moving those businesses into a central city that is already too big for its own good is also wrong. Clusters of small businesses are a good answer to industrial sprawl, but what we have done instead is to move everything into the city, creating the nightmare of transportation problems. Instead of moving everything into the city, which causes even more transportation problems and disempowers mom and pop businesses, we should be moving commerce out into the hinterland. Why do people living in Eltopia, Washington, travel twenty miles or further to go to a doctor? Is it because there are not enough people out there to support a doctor? No! It it because, in my opinion, centralization of medical care is the business model of large medical corporations and hospitals who, again, want to amass power to themselves and eliminate the competition.

In my view, cities are not bad, especially small towns, but medium sized cities trend toward becoming big cities, which tend to get bigger, and bigger, to the detriment of the inhabitants and the quality of life that we all yearn for. It is by design that millions of cars hit the road every vacation season, to travel long distances to see natural surroundings. In my view, this is because people no longer know how to create the beautiful surroundings in which they really want to live. We have cleaner hands and emptier hearts as a result. What we need to do is to limit the growth of our cities and incentivize the return to a land of villages, rural settings, and wholesome ideals. Our children need outdoor chores to do, not video games. And they need their parents there with them, engaging them in the good life. Teaching them to plant seeds and to harvest earth’s bounty.

Surely this approach will not appeal to everyone. There will always be those who gravitate to the cities for what they view as the entertainment value or for opportunities to accumulate wealth. As for me, I get my entertainment by creating my own version of paradise, in my own half-acre lot. Please stop making it ever more difficult for a person like me to find a place to live and work.  Let the businesses be smaller. Let them be locally owned and operated. Make your own home the place you would like to go for a vacation.

I have said my piece.